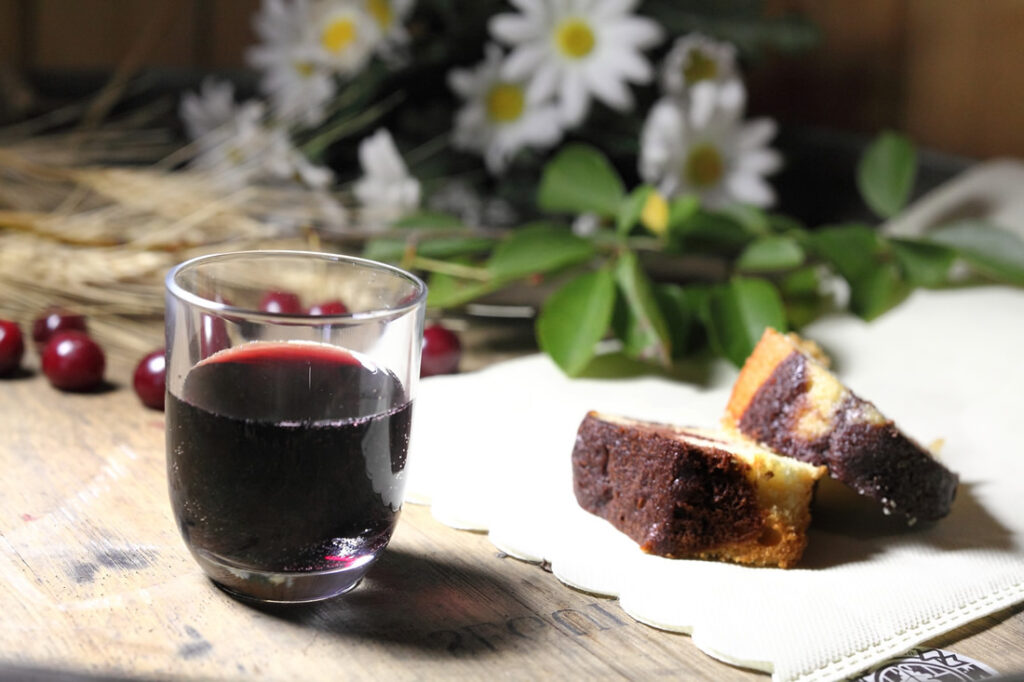 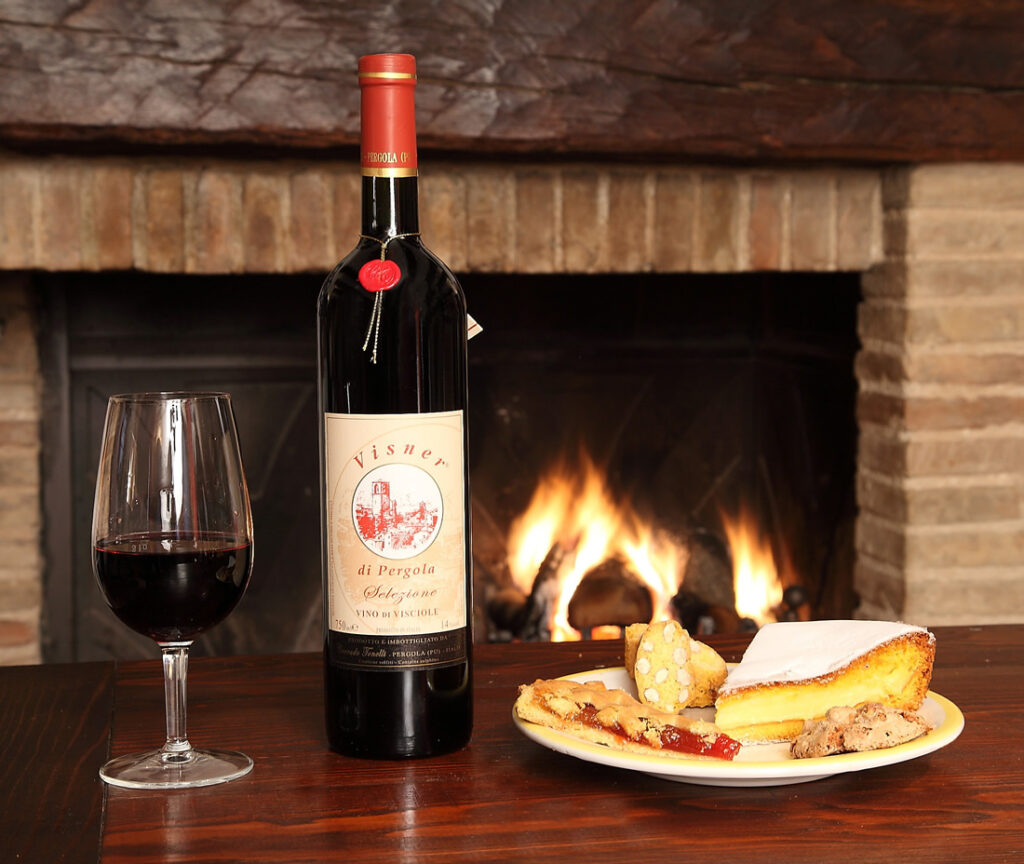 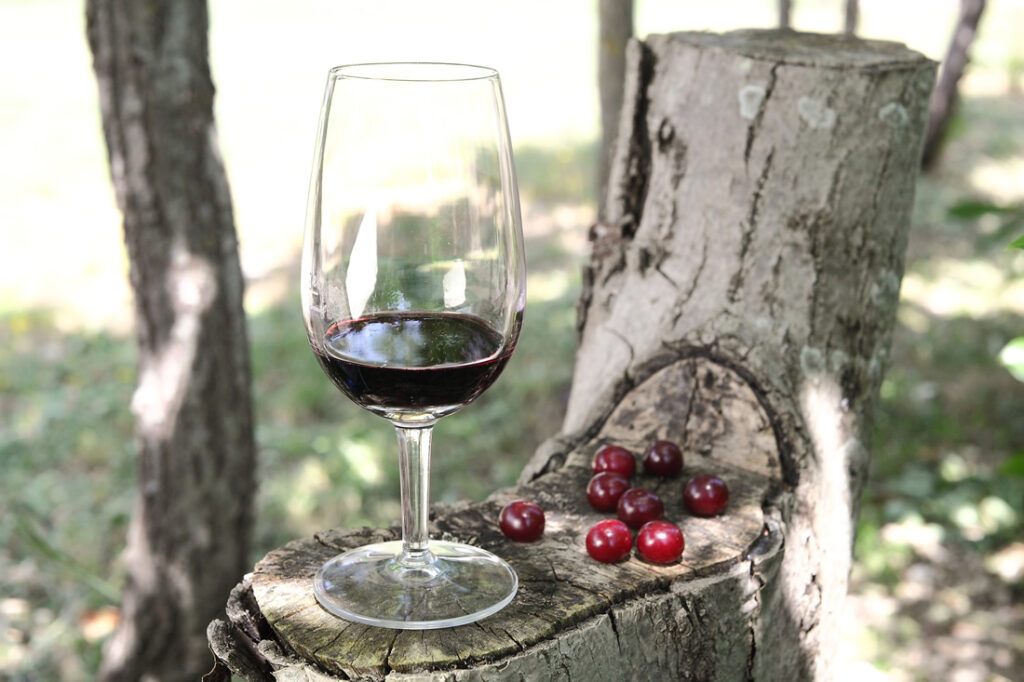 There are no reviews yet.

Be the first to review “Visner” Cancel reply

Visner is an excellent product made by Corrado Tonelli, winemaker from Pergola, Marche. It is obtained by refermentation of Montepulciano wine with sour cherries. Visner or sour cherry wine was a typical product made in the Marche countryside for domestic use, in practice the “home liquor” or “poor people’s wine”, the recipe of which was handed down from father to son. The merit of Tonelli, as well as having given value to this product and having made it known in Italy and abroad, is also to have begun growing sour cherries, a type of black cherry, a wild fruit of the Prunus cerasus species, typical of the hill and mountain soils of Marche, in particular of Pergola and Jesi. The sour cherry is a fundamental ingredient for Visner: it characterises the aroma and the dense and cardinal colour. The Visner is a good accompaniment for a rich variety of desserts.
It goes well with traditional sweet desserts, with the local doughnut, anise biscuits and must doughnuts.
It is also a very pleasant “meditation” nectar and can be appreciated both when young and aged. The “Selezione” version, which calls for the exclusive use of sour cherries from the area, is suggested.

Scent: Fresh fruit with a strong hint of sour cherry and morello cherry

Taste: Soft and full-bodied, sweet and aromatic with balance

Matches: Desserts, fruit tarts, sweets in general; also to be drunk as meditation wine or as a digestive at the end of a meal

Torna allo shop Checkout
We use cookies to make sure you can have the best experience on our site. If you continue to use this site we will assume that you are happy with it.Ok