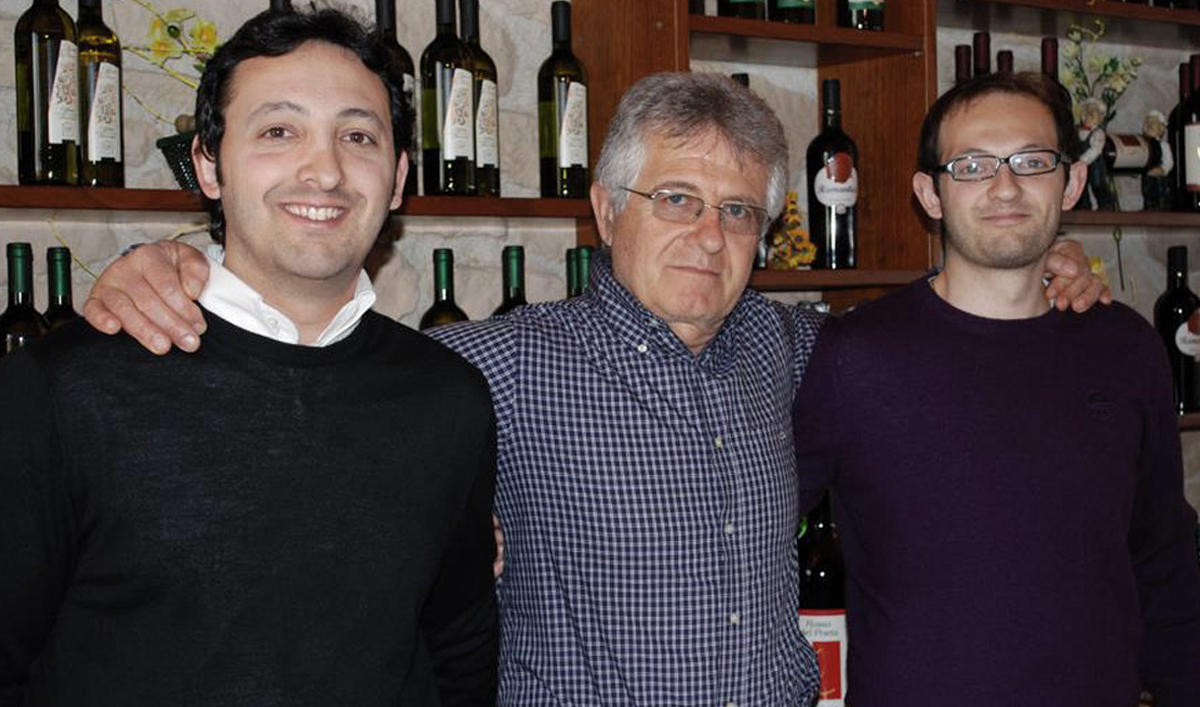 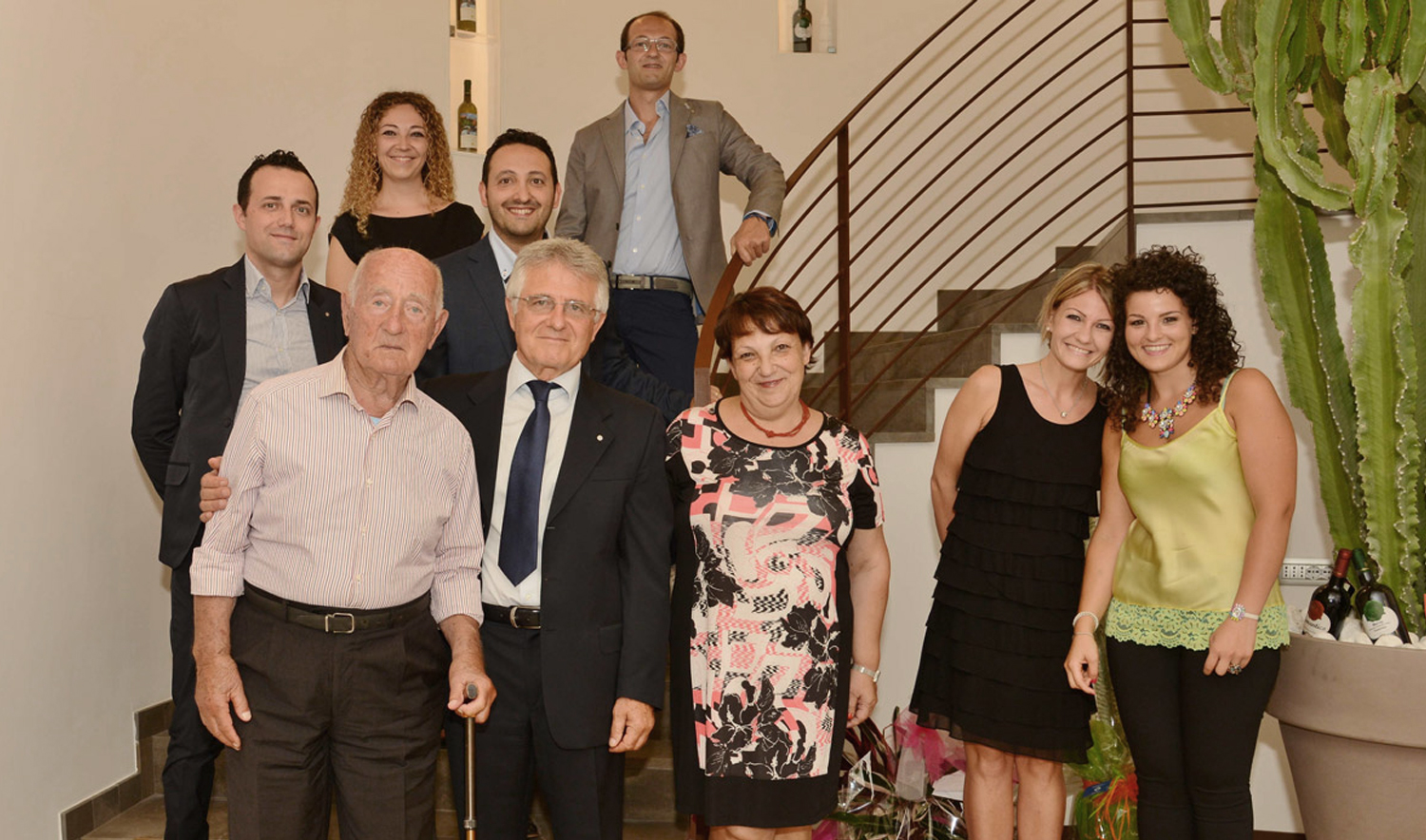 Even in those days, the company name was joined by the significant label that has distinguished the Di Ruscio family for generations: the “Poeti” label.
Around the 1950s, three sons – Mario, Vinicio and Claudio – were born to Dante and Gina. After completing his agrarian studies, the first-born joined the business and together with his parents boosted knowledge concerning vineyard management, at the same time increasing investments in technological and productive development of the winery.

The idea was brilliant, because it was no longer just local patrons who were visiting the winery; the business was beginning to expand on a commercial level both in nearby towns, through relationships of loyalty with the wine distribution activities of various neighbouring municipalities, and in the markets of northern Italy, especially at the wholesale level. These developments corresponded to the historical period of collaboration between founder Dante and all three sons who were employed in the various sectors of the family business.

In the early 1980s the company witnessed a radical change: Dante was on the verge of retirement, Mario married Manuela and he took over the commercial side of activities, taking a different professional path from his brothers. The new era of “Vinicola Di Ruscio Mario & C.” ushered in profound changes to the overall life of the company.
No longer cultivating, processing and selling wine from their own grapes, but a total focus on know-how linked to production in the winery, the choice of raw materials from the main and reliable local producers and further development of the commercial structure.

Mario and Manuela, who in the space of six years had celebrated the arrival of Francesco, Barbara and Marco, began to focus – in addition to the unfailing and historical demijohns – on smaller-sized glass demijohns, practically destined for daily consumption. This gave rise to the need to welcome customers who were increasingly keen to try out the goodness of the winery, and a point of sale was thus studied and inaugurated in the premises adjacent to the production area.

The choice began to be truly varied: from the classic red and white table wines to Falerio and Rosso Piceno DOC wines, without forgetting the fresh Rosato. The arrival of the 21st century brought Francesco, the first member of the “third generation”, into the company. And with him, came other innovations: creation of the facility dedicated to oak barrels (barriques) for the refinement of wine, strengthening of the lines dedicated to bottling, launch of the company’s first website, participation – through ever-constant marketing activity – in initiatives related to product promotion such as Vinitaly (which has been a fixed appointment for several years) and various local fairs, all without forgetting the dominant reason: provide the customer with a quality wine at a reasonable price.

Today, members of Mario and Manuela’s family contribute to “Cantina Di Ruscio Srl”, as the company is now known: Francesco continues the growth in the commercial sector and third-born Marco, who inherited his father’s passion and graduated with full marks in oenology, is focusing on absolute quality as the next step in growth of the business. In this way, the dream of increasing areas and services for customers is taking shape: a new facility has recently been inaugurated which is capable of increasing commercial, administrative, but above all technological areas for what has been, in all respects, a family business for three generations. Cantina Dei Poeti.